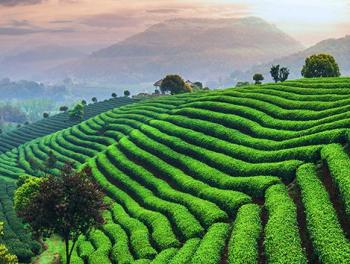 A Tea Journey: from the Mountains to the Table

Splosh, a brew, wink-tippling cordial, Rosie Lee, nectar of the gods, a cuppa, builder's, char... Whatever you call it, or whether you put the milk in before or after, we can all agree that the British have a unique relationship with tea.

This summer an immersive exhibition coming to Compton Verney Art Gallery and Park, promises to take you on a journey across time and continents, to explore tea as a muse and its cultural significance throughout the centuries. A Tea Journey: from the Mountains to the Table will examine how a simple infusion of leaves from the Camellia sinensis plant in hot water has travelled across the globe to permeate every strata of our society.

From the plant to the pot, tea has inspired all manner of artistic expression; from ceramics, to paintings, to poetry. The exhibition includes over 150 works, from the Tang dynasty to the present day, with new work and commissions by contemporary artists including Robin Best, Phoebe Cummings, Charlotte Hodes, Selina Nwulu, Claire Partington, Bouke de Vries and Julian Stair.

The inspiration for the exhibition came from the 1766 Johan Zoffany painting of the Willoughby de Broke family, who owned Compton Verney in the 18thcentury, gathered for tea. Today the original can be found in The J. Paul Getty Museum, Los Angeles, but a copy of the painting, lent by the current Willoughby de Broke family (a Private Collection) will feature in the exhibition. Like so many paintings from the period, the depiction of teaware is as much a symbol of wealth as the attire of the sitters and the setting. It was this that inspired curator, Antonia Harrison to consider the aesthetic and theoretical nature of the tea table, and the symbolic contribution of tea parties towards women's liberation. 'From its introduction into British society, tea has been linked to women. Sometimes said to have been brought to court society by Charles II's wife, Catherine of Braganza, tea and its paraphernalia became a fashionable luxury which women shaped and controlled. Prints and texts from the 18thcentury present a growing sense that the tea table was the instigator for both female sociability, but also the site of gossip and scandal! A moral crisis brought about by none other than our humble cup of tea'.

From Britain's oldest sample of tea (c.1700, Natural History Museum) collected for Sir Hans Sloan, to specially-commissioned art and poetry, the exhibition juxtaposes the work of tea pickers with the wealth generated by the tea trade. Once a luxury item held under lock and key, tea became a household commodity and transitioned from the castle to the cottage in less than 100 years - captured in paintings such as The Tea Party (c.1727, attributed to Richard Collins, The Goldsmiths Company) and A Cottage Interior: An Old Woman Preparing Tea (1793, William Redmore Bigg, V&A).

The exhibition opens with a rare Chinese painted scroll on loan from The Ashmolean Museum which navigates a river journey through the Wuyi mountains of Fujian Province, home to prized Oolongs such as Da Hong Pao (Big Red Robe) and Lapsang Souchong. This will sit alongside early examples of tea vessels dating back to the Tang and Song dynasties, as well as a lidded tea bowl (gaiwan) loaned by The British Museum, inscribed by the Qianlong Emperor's poetic response to the making and taking of tea.

A Tea Journey: from the Mountains to the Table will also focus on the Japanese Tea Ceremony and how this revered performance continues to inspire teaware and architecture. One of the exhibition highlights will be a tea ceremony house, The Umbrella Tea House(2010). Made of bamboo and paper, is designed by architect Kazuhiro Yajima. The house is not only leaving Japan for the first time, but will be transported by ship following some of the original trading routes used by British tea clippers.

Contemporary artists have been commissioned to explore the links between tea, the British Empire and the complex history of trade between India, China and Britain. Phoebe Cummings is creating a new installation in unfired clay, juxtaposing Camellia sinensiswith the Opium poppy. The work, entitled An Ugly Aside, alludes to the Scottish botanist, Robert Fortune who stole tea seedlings from China for cultivation at tea plantations in Indian, and to the illegal opium trade instigated by the British in exchange for tea from China.

Alluding to historic texts and poems inspired by tea (a variety of which are on loan from Oxford's Bodleian Library), writer and poet, Selina Nwulu has been commissioned to create a sound piece, Sea Change. This will be presented alongside artefacts referencing the transportation of tea cargoes and the human cost of the trade, including a model of a tea Clipper loaned by the National Maritime Museum. The exhibition will also feature field recordings of folk songs by tea plantation workers in North Bengal, andHetain Patel's film, How to Make a Proper Cup of Tea, which explores cultural assumptions in a kitchen setting.

No exhibition devoted to the subject of tea would be complete without a multi-sensory experience, enabling visitors to smell and taste the diverse flavours of this incredible plant. Compton Verney has partnered with independent, Berkshire-based company, Dragonfly Tea to create a 'sensorium', giving visitors the opportunity to sample several teas from the wide variety now available in Britain, and to enjoy their assorted scents and aromas; from oolong to rooibos to pu-er, and many more. See https://www.comptonverney.org.uk/thing-to-do/a-tea-journey-from-the-mountains-to-the-table/

Compton Verney is an award-winning art gallery, based in a Grade I-listed Georgian mansion amidst120 acres of Grade II-listed Lancelot 'Capability' Brown parkland in Warwickshire. With six permanent collections (Naples, Northern European Art 1450-1650, British Portraits, Chinese, British Folk Art & The Marx-Lambert Collection) and a schedule of thought-provoking changing exhibitions and events, it isan accredited museum, and a registered charity. For more information about this and other exhibitions at Compton Verney, visit www.comptonverney.org.uk 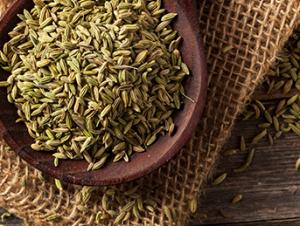 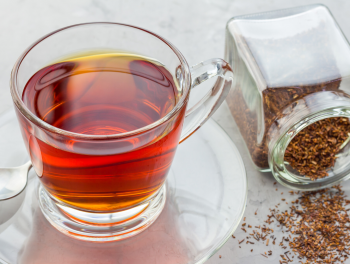