Much like wine, the flavour and characteristics of tea will change depending on the soil, altitude and climate where it's grown. Other factors include the tea making process and blending of teas from different growing areas.

Today it is estimated that there are 1,500 different varieties of tea - that is an amazing choice of teas grown in some 36 countries! There are six main categories that tea can be divided into to; black green, oolong, white, compressed and flavoured teas. 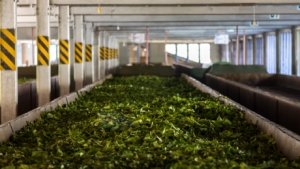 On arrival at the factory, the plucked leaf is spread on large trays or racks, normally placed at the top of the factory, and are left to wither in air at 25-30 degrees centigrade. The moisture in the leaf evaporates in the warm air leaving the leaves flaccid. This process can take between 10 to 16 hours, depending on the wetness of the leaf. Some factories will gently hasten the process with the aid of warm air fans.

The withered leaf is broken by machine so that the natural juices, or enzymes, are released and on contact with the air will oxidise. This breaking is done by two methods "Orthodox" and "Unorthodox" - terms are used to describe the machinery used.

The Orthodox machine rolls the leaf, which produces large leaf particles, known as grades. While the "Unorthodox" term covers teas broken by either a CTC (cut, tear and curl) or Rotovane machine. Both chop the leaf into smaller particles than those which are produced by the Orthodox method. The smaller particles are more suited to modern market demands for a quicker brewing finished product.

The broken leaf is laid out either on trays or in troughs in a cool, humid atmosphere for 3-4 hours to ferment, or oxidise, and is gently turned every so often throughout the period until all the leaves turn a golden russet colour and oxidisation is complete. 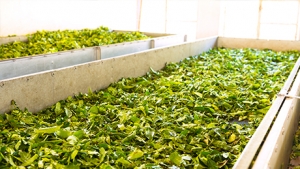 After oxidisation, the leaf is dried or fired. This is done by passing the broken leaf slowly through hot air chambers where all the moisture is evaporated and the leaf turns a dark brown or black. The black tea is ejected from the hot chamber into chests. Next it is sorted into , or leaf particle sizes, by being passed through a series of wire mesh sifts of varying sizes into containers before being weighed and packed into chests or "tea sacks" for loading onto pallets.

Factory tea-tasters will taste the finished make to ensure that no mistakes have been made during the manufacture or that the tea has not been contaminated by anything within the factory. Samples of the make are sent to selling brokers worldwide. All brokers will evaluate the tea for quality and price, reporting to the estate or co-operative, so the tea can be sold to the best advantage.

After each "make" the tea factory is washed from top to bottom to ensure that the completed make does not contaminate the next make of tea.

For green tea manufacture, the withered leaf is steamed and rolled before drying or firing. This is done to prevent the veins in the leaf breaking and thus stopping any oxidisation of the leaf. When brewed, green tea has a very pale colour and the wet leaf is often left whole. Green tea is drunk mainly in China, Japan and some parts of South America. In the Western world green tea is sometimes drunk as a speciality tea.

Oolong tea is a semi-green or semi-fermented tea. It follows the same process as black tea, but the oxidisation period is cut down to half the time, about 1-2 hours, before it is fired or dried. Such tea is a large leaf or Orthodox tea and is best drunk without milk, as it has a pale, bright liquor with a very delicate flavour.

White tea is carefully plucked before the new buds open, they are withered so that the natural moisture evaporates and then dried. The curled-up buds have a silvery appearance and are therefore sometimes referred to as Silver Tip.

Chinese tea producers were the first to form their tea into solid cakes by steaming the green leaves and then compressing them into cakes or bricks that were then allowed to dry. Also available today are layered tea cakes, balls of tea and bowl or nest-shaped compressed teas.

Approximately 90% of the tea drunk in Britain is known as the popular brand leading blends - the type of tea that you can buy in most supermarkets and shops. These are a blend of teas which contain up to 35 different teas and remain constant in quality, character and flavour, despite some teas being seasonal or in short supply due to adverse weather conditions in one or other of the growing regions. Each popular blend has its own recipe and that recipe is the company's trade secret. Some of the popular brand leading blends are blended to cope with the varying types of water in Britain be they soft or hard. 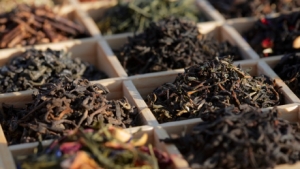 It is the job of the tea blender - a tea taster of many years standing - to ensure that his company blend meets all the criteria. To do this, the blenders and buyers - all tea tasters - will taste the teas brought at auction on arrival at the tea-packaging factory, to reassess that they have not been contaminated or damaged whilst in the warehouses awaiting the auction.

During the course of a day, a Taster can sample between 200 -1,000 teas, adjusting his recipe to ensure that the company's brand remains constant. The blender's findings are fed into a computer and the requisite numbers of sacks and chests of the different teas are taken from the company storeroom, opened and conveyed into a large blending drum. This rotates, mixing all the teas together. When the blending is complete, the blend is ready for packaging into packets or tea bags.

It takes at least five years to train as a tea taster and then it can be a continuous learning process. In order to prepare teas for tasting the dry leaves (carefully weighed) are laid out in containers on the tasting bench. Boiling water is poured and on and the brewing is carefully timed for 5 - 6 minutes. The brewed tea is then poured into tasting bowls, and the infused leaf is tipped onto the lid of the brewing mug. The taster slurps the tea much as a wine taster does, then rolls the liquid around his mouth to assess the flavour before spitting it out into a spittoon. The taster also takes into account the appearance of the dry leaf, the infused leaf and the colour and quality of the liquor.

To find out about more information about the supply chain for Tea (Green & Black) and Herbal Infusions such as souce of product, raw

materials, purchase, shipping, blending, packaging and retail please click on the image below to download our PDF file about the suppply chain within the tea and infusions industry. 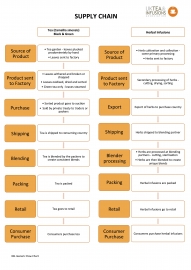 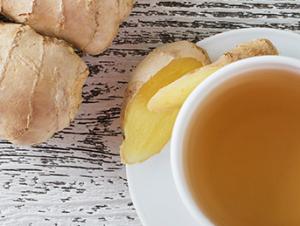 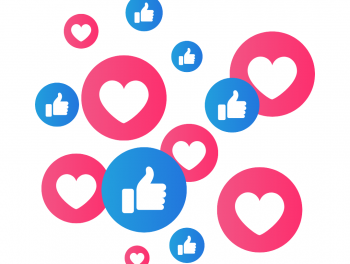