In this section, learn more about the influence of Charles II and his wife Catherine of Braganza on the British trend for drinking tea.

INFLUENCE OF A PORTUGUESE PRINCESS

In the contemporary era tea is so much associated with the British way of life that it can come as a surprise to learn that it owes much of its popularity here to a foreign princess. While it is not true to say that Catherine of Braganza, the queen-consort of Charles II of England, actually introduced tea to Britain, she certainly had much to do with it becoming a fashionable and widely drunk beverage.

Portuguese traders imported it to their homeland from the East, and its high price and exoticism helped it to become very fashionable in aristocratic circles and at the royal court,where Catherine grew up. By the mid-seventeenth century, it was very popular there.Tea had also gained popularity in elite society in Holland, through Dutch trade in the East, and in neighbouring countries.

But at this stage, Britain somewhat lagged behind. The famous English diarist Samuel Pepys first mentioned drinking tea in his diary entry for 25 September 1660. He wrote that he had been discussing foreign affairs with some friends, 'And afterwards did send for a Cupp of Tee (a China drink) of which I never drank before'. Since Pepys was a member of the wealthy and fashionable London set, his failure to mention tea earlier suggests that it was still unusual at this time. This was soon to change. Just a few months before Pepys was writing, in May 1660, Charles II had been restored to the throne after the Commonwealth administration which had been set up by Oliver Cromwell in 1649 collapsed under the weight of its own unpopularity. But Charles II inherited many debts from that government, and soon ran up new ones of his own, and so was desperately short of cash. One solution to this was to marry a wealthy foreign princess and to demand with her a great deal of money or goods as a dowry. After some negotiation, it was agreed that he would marry Catherine, and that her father King John IV of Portugal would provide with her several ships full of luxury goods, some as gifts and some which could be sold to pay off Charles II's debts. These goods included a chest of tea, the favourite drink at the Portuguese court.

the favourite drink at the Portuguese court

Catherine arrived in Portsmouth on 13 May 1662. It had been a long and stormy crossing, and as soon as she arrived she asked for a cup of tea. So rare was it at this time that there was none available; the princess was offered a glass of ale instead. Not surprisingly, this did not make her feel any better, and for a time she was forced by illness to retire to her bedchamber. Eventually though Catherine and Charles II were married, on 21 May 1662. Initially Catherine, a deeply pious Catholic who had been schooled in a convent, found it difficult to fit in at the bawdy and fun-loving English court. But over time she established herself, and as the pre-eminent woman in the kingdom became something of a trend-setter. Although she adopted English fashions, she continued to prefer the cuisine of her native Portugal - including tea. Soon her taste for tea had caused a fad at the royal court. This then spread to aristocratic circles and then to the wealthier classes. In 1663 the poet and politician Edmund Waller wrote a poem in honour of the queen for her birthday:

Venus her Myrtle, Phoebus has his bays;
Tea both excels, which she vouchsafes to praise.
The best of Queens, the best of herbs, we owe
To that bold nation which the way did show
To the fair region where the sun doth rise,
Whose rich productions we so justly prize.
The Muse's friend, tea does our fancy aid,
Regress those vapours which the head invade,
And keep the palace of the soul serene,
Fit on her birthday to salute the Queen.

CHARLES II AND FOUNDATIONS FOR THE BRITISH TEA TRADE

As well as being important to the growth of tea's popularity in Britain, the reign of Charles II was also crucial in laying the foundations for the growth of the British tea trade (and of British trade in the east generally). 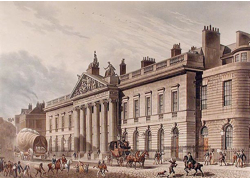 The East India Company, the commercial company that enjoyed a monopoly on trade with the 'Indies' (that is, lands east of Africa and west of South America) was highly favoured by Charles II. This was not wholly surprising, since the Company had showered him with gifts upon his restoration to the throne. Charles confirmed its monopoly, and also extended it to give the Company unprecedented powers to occupy by military force places with which they wished to trade (so long as the people there were not Christians). Further, another gift to Charles II in Catherine's dowry was Bombay in India (now called Mumbai). This valuable port was made over to the East India Company, for an annual rent of £10 in gold. In time it became the Company's Far East trading headquarters and was to prove important to the tea trade. It is certainly fitting that when in 1664 the Company opened its first trading point in Macau, the merchants sent a silver case of tea and cinnamon oil as a gift to Charles II and Queen Catherine.

The marriage of Queen Catherine and Charles II in fact was not an altogether happy union. They had no children together, a source of great heartache for them both, and made worse for Catherine by the fact that Charles had several illegitimate children from a series of mistresses. Further, Catherine was a Roman Catholic, which occasionally made her a victim of popular anti-Catholic feeling. Although she remained in England for some years after her husband's death in 1685, she eventually retired to Portugal, where she died in 1705. But while though Catherine's experience as queen of England may not have been an entirely successful or happy one in many ways, it is this young foreign princess whom we have to thank for the development of the British taste for tea. 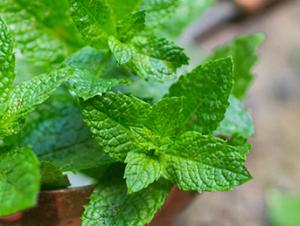 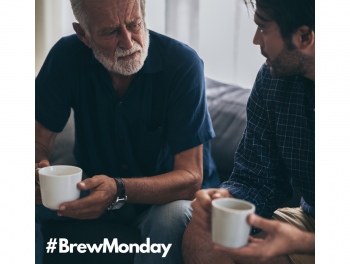 Forget Blue Monday….Make it a #BrewMonday and enjoy a chat and a cuppa