KNOW THE NATION TO A TEA? UK TEA CENSUS 2022 LAUNCHED TO PROVIDE THE ANSWERS ON INTERNATIONAL TEA DAY 21st MAY 2022

If you think you know all there is to know about the nation’s favourite beverage, pop the kettle on and think again — as we celebrate International Tea Day on 21st May. There are so many questions: How many cups of tea are consumed every day? What’s our favourite brew? And do we put the milk in first or the tea?

As a result, the tea experts at the UK Tea & Infusions Association (UKTIA) have published the first ever Tea Census Report to provide the answers to common tea questions borne out of real world research data. We >import around 100,000 metric tones of tea imported every year and consume more than 100 million cups of tea every day in the UK and according to the UKTIA’s Tea Census Report our favourite brew is the humble cuppa - black tea - derived from the Camellia sinensis plant - and almost one in four people (22%) adds milk or sugar BEFORE adding the teabag and hot water.

Brew knew?
According to the Tea Census Report three quarters of us drink black tea, with or without milk, but only one in 100 people drink a classic builder’s brew of strong, dark sugary tea. Interestingly, seven times that number (7%) add CREAM to their tea, only marginally more than the percentage who add a plant-based milk (10%).

Dr Sharon Hall, head of the UK Tea and Infusions Association (UKTIA) says: “If there’s something the Brits do well, it’s popping on the kettle and brewing a good cup of tea. It’s a tradition that dates back to the 16th century when Charles II married the Portuguese princess and tea lover Catherine of Braganza.

“Most people think that black tea comes from China (39%) or India (37%) but most of the tea drunk in the UK actually comes from Kenya, although it is often blended with other teas such as Assam tea from India, Ceylon teas from Sri Lanka and black teas from Rwanda and other east African nations.

“True tea from the Camellia sinensis plant is grown in more than 60 countries and can be processed in a variety of ways to make black, green and oolong teas to name but a few, all from the same plant. As a result, there are hundreds of different types of tea to try.”

And the range of choice doesn’t stop there. Around 300 different plants and over 400 plant parts including leaves roots, bark, seeds, flowers, or fruits are used in herbal and fruit infusions. Peppermint and chamomile are the most popular infusions with 24% and 21% of respondents drinking them at least twice a week.

Tea quests
Adventurer and tea lover, Andrew Hughes is credited with holding the highest tea party in history: on Mount Everest Camp 2, Nepal, on May 5, 2021, at a height of 6,496 metres. Andrew with a team of 15 climbers ascended Mt Everest and took a selection of teas including black and green teas, as well as peppermint and chamomile to help aid digestion and sleep.

“Tea was a big part of life on our Everest expedition,” Andrew says. “From the tea houses and lodges where we stayed along the trek, to the countless hours spent with one another with a warm cup of tea in hand awaiting weather windows to climb onwards — tea is something that we shared so regularly that it is impossible to detach it from the overall Everest experience.”

Take a break
Although tea can be a real thirst quencher as well as a means of socialising, our love of tea runs far deeper as many respondents turn to tea when they’re emotional and cold according to the Tea Census Report. Dr Sharon Hall notes: “Tea is a hug in a mug, a loyal friend, and a calming aid…there’s just so much going on when we take time to make a brew.”

Real world research detailed in the UKTIA’s Tea Census Report reveals that almost half of us (48%) see a tea-break as an important time-out and a similar number (47%) say it helps to recharge their batteries. Two out of five of us (44%) have a biscuit with our brew, with 29% of tea drinkers dipping into the cookie jar for seconds.

Dr Sharon Hall adds: “A third of Brits (32%) see their tea break as a time to connect with other people, but 38% catch up on social media, 16% enjoy doing a puzzle on their tea-break and 5% use the time to just sit and think.

“Most of those surveyed were familiar with blends such as Earl Grey and English Breakfast, but Darjeeling and Assam black teas from India were less well known, as were Gyokuro green tea from Japan, Long Jing (also known as Dragon Well) green tea from China, or Oolong tea, which is sometimes described as the ultimate tea if you think you don’t like tea.

Brews and moods
And according to the UKTIA Tea Census Report the brew we choose depends on our mood, with more than half of those polled (56%) confirming our feelings are a factor in our choice of tea or infusion. Our all-purpose pick is black tea, which we sip when we’re feeling hungry, lonely, nostalgic, bored, sad, angry, motivated, or happy.

Dr Sharon Hall notes: “Around a third (29%) of Brits turn to chamomile when they want to de-stress, and a fruit infusions is a popular choice when we’re feeling dreamy (16%).

“If we were told we couldn’t have tea for a day, two out of five respondents said they would be upset, angry or saddened and a quarter (26%) would miss it terribly.”

Nearly half of those surveyed (46%) and detailed in the Tea Census Report told us a cup of tea gets them going in the morning and one in five (18%) say a brew helps them fact a difficult conversation or email.

How to make a perfect brew
Want to know what makes the best brew? UKTIA’s Dr Sharon Hall has put together a few simple steps to help ensure you make the best brew this International Tea Day and beyond:

To discover more about different types of tea and the countries where they are grown? Tune into our Around the World in 80 Teas series at YouTube.com/UKTalkingTea.

The UK TEA & INFUSIONS ASSOCIATION is the trade association for the UK tea industry. 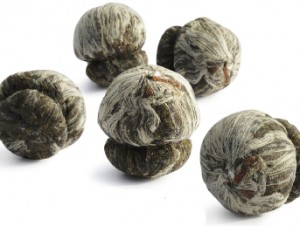 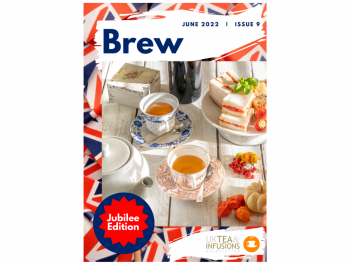