Teas from India and Sri Lanka

India is one of the main tea growers, exporting more than 12% of the world's tea and with 566,660 hectares under cultivation. Although indigenous to the Assam region, the first commercially produced teas were raised from seeds brought from China.

By the 1840s, India was producing regular shipments for sale at auction in London, and gradually the planting of estates grew throughout the country from Nilgiri in the south to Darjeeling in the north.

The plantations range from low-grown areas (sea level up to 2000ft) to high-grown (more than 4000 ft high). Generally plucked from March to October, each area produces teas of distinctive character. The Tea Board of India has endorsed several speciality blends so that their quality and consistency is assured.

Although India produces mostly black teas, a small amount of green tea (1% of total production) is produced mainly for the Afghanistan market.

Assam is a major growing area covering the Brahmaputra valley, stretching from the Himalayas down to the Bay of Bengal. There are 655 estates covering some 459,810 hectares. Assam tea has distinctive flecked brown and gold leaves known as "orange" when dried. In flavour it is robust, bright with a smooth, malt pungency and is perfect as the first cup of tea of the day. Such teas are used in everyday popular blends because of the full-bodied richness. There is also an Assam Green tea with an unusual light, almost sweet liquor.

Assam tea bushes start growing in March and the first flush is picked for 8 to 10 weeks, first flush Assams e.g. Bamonpookri, an excellent quality tea with a strong fresh flavour; are rarely marketed in the Europe, unlike first flush Darjeelings.

The plucking of the second flush begins in June with most of the production taking place from July to September. The second flush Assam is the best of the season and when brewed give a rich aroma, a clear dark read liquor and a strong malty taste. Good examples of second flush assams are, Napuk, displaying all the qualities of a well made Assam and Thowra, which has a strong spicy liquor and lots of body.

Regarded as the "Champagne of Teas," Darjeeling is grown on 87 estates on the foothills of the Himalayas, on over 18,000 hectares at about 7000 ft. Light and delicate in flavour and aroma, and with undertones of muscatel, Darjeeling is an ideal complement to dinner or afternoon tea. The first "flushes" (pluckings) are thought to produce the best Darjeeling vintage but all crops are of very high quality. Darjeeling Green is rare tea similar to Japanese Sencha with an exquisite aroma and delicate taste.

The Darjeeling bushes' first new shoots - the first flush - are picked in April. These first teas of the season are the finest and are much in demand, fetching incredibly high prices at auction. Castleton First Flush, has a perfect green-brown leaf and is from one of the most prestigious gardens in the area. It gives an exquisite perfume and taste of green muscatel. Bloomfield First Flush is again from a recognised garden and its subtle astringent flavour is typical of Darjeeling first flush.

The Nilgiri region, situated in southern India, forms a high hilly plateau at the conjunction of the Eastern and Western Ghat mountains. More than 20,000 smallholders grow and pluck tea with some 106,850 hectares under cultivation. Most Nilgiri teas are used for blending, but there is a rapidly growing demand for the speciality tea of the area. Nilgiri has a bright amber colour and a refreshing, bright and delicate taste. Nunsch is a typical Nilgiri tea, large-leafed, which gives a fruity, bright and flavourful brew.

A blend of teas from all parts of India, this is often served as afternoon tea or after a meal. It is full-bodied, refreshing and with delicate hints of its regional origins.

Sri Lanka has 187,935 hectares under tea cultivation yielding 328,961 tonnes of "made" tea, and accounting for over 17% of world exports. In 1972, the island then known as Ceylon reverted to the traditional name of Sri Lanka, but retained the name of Ceylon for the marketing of teas.

Tea from Sri Lanka falls into three categories: low-grown (on estates up to 2000 ft high); medium grown (between 2000 and 4000 ft); and high grown (over 4000 ft). Each level produces teas of unique character. By blending teas from different areas of the island, Sri Lanka can offer a very wide range of flavour and colour. Some are full-bodied, others light and delicate, but all Ceylon blends will have brisk full flavours and bright golden colour.

Because of the geographical location, tea can be plucked in Sri Lanka all year round: the west and east of the island are divided by central mountains so that as each region's season ends, the other begins.

Probably the most famous of Ceylon teas, Dimbula is cultivated on estates first planted with tea when their coffee crops failed in 1870. Grown 5000 ft above sea level, all Dimbula teas are light and bright in colour with a crisp strong flavour that leaves the mouth feeling fresh and clean.

Today, it forms part of the high-grown zone of central Sri Lanka which includes Dickoya and Nuwarah Eliya.

This tea has long wiry beautiful leaves that give an exquisite, almost oaky taste and good body and strength.

Uva is a fine flavoured tea grown at altitudes between 2,000ft and 4,000ft above sea level on the eastern slopes of the Central Mountains in Sri Lanka. It has a bright, deep amber colour when brewed, with the brisk and crisp, strong Ceylon flavour. These teas are also used in Ceylon blend and make an ideal morning drink or an after-lunch tea.

This is a copper-coloured infusion with a very smooth, pronounced taste and a wonderful aroma. It is a perfect breakfast or day time tea.

Nuwara teas are light and delicate in character, bright in colour and with a fragrant flavour. Their flavour is heightened when taken with lemon rather than milk.

This tea has a bright brisk flavour and a wonderful perfume, good to drink at any time of day with just a little milk

Ceylon teas span the entire spectrum of tea production, from low to high grown teas. By blending teas from different areas of the island, Sri Lanka is able to offer a very wide choice of flavour and characteristics. Some blends are full bodied, others are light and delicate, but all are brisk, full flavoured and have a bright colour. 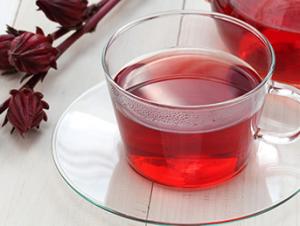 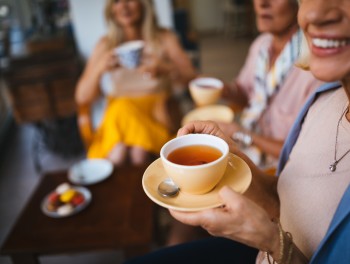 Dementia: Two to three cups of tea a day can stop brain disease